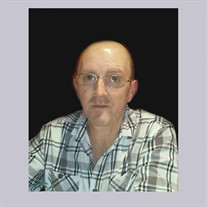 Bobby Alan Statzer, 56, of Bristol, TN passed away Monday, January 15, 2018 at Bristol Regional Medical Center. He was born in Bristol, TN on September 4, 1961. He was preceded in death by his wife, Frances Statzer; his parents, Samuel and Fairy... View Obituary & Service Information

The family of Bobby Alan Statzer created this Life Tributes page to make it easy to share your memories.

Send flowers to the Statzer family.