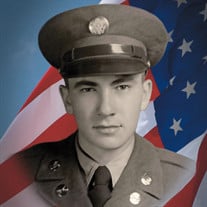 BRISTOL, VIRGINIA - Charles Douglas Stine, Sr., 86, of Bristol, Virginia passed away Saturday, June 11, 2016 in Abingdon Health and Rehab Center, Abingdon, VA. He was born in Blountville, TN on February 23, 1930, a son of the late Charles Franklin "C.S." and Ruby Keller Stine. In addition to his parents, he was preceded in death by his wife, Lois Mae Stine; one step-son, Joseph Conway Swiney. He enjoyed fishing and hunting. He was a fan of Nascar and the Dallas Cowboys. He was a former employee and a mechanic for Atlas Honda and Burwil Construction. Charles is survived by three sons, Doug Stine, Jr. and wife, Lisa of Bristol, TN, Gary Stine and wife, Dorothy of Bristol, VA, and Mark Stine and wife, Jennifer of Bristol, VA; daughter-in-law, Diane Swiney of Richmond, VA; two sisters, Marie Ketron and Joann Stine Vaught; one brother, Donald Stine and wife, Dimples; seven grandchildren; six great grandchildren; several nieces and nephews. The family will receive friends from 6:00 p.m. to 8:00 p.m., Tuesday, June 14, 2016 at Blevins Funeral & Cremation Services, 417 Lee St., Bristol, VA. The funeral service will be conducted at 8:00 p.m. Tuesday. The committal service and interment will be conducted at 11:00 a.m., Wednesday, June 15, 2016 in Odum Cemetery, Abingdon, VA. Military Rites will be conducted by the Bristol VFW, Patton Cross-White, Post 6975 and the Virginia National Guard. Pallbearers will be Grandsons. Everyone is asked to meet at the cemetery at 10:45 a.m., Wednesday. In lieu of flowers, the family is requesting that donations be made to the Michael J. Fox Foundation, P.O. Box 5014, Hagerstown, MD 21741-5014. Condolences for the family may be sent and viewed by visiting www.BlevinsCares.com. Mr.Stine and his family are in the care of Blevins Funeral & Cremation Services. (276) 669-6141.

The family of Charles Douglas Stine, Sr. created this Life Tributes page to make it easy to share your memories.