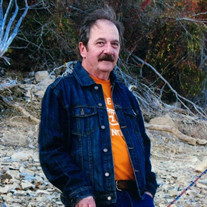 Charles Douglas "Doug" Stine, Jr., 66, of Bristol, VA, passed away on Friday, April 17, 2020 at Bristol Regional Medical Center, Bristol, TN. He was born in Bristol, VA on September 25, 1953, a son of the late Charles Douglas Stine, Sr. and Lois Booher Stine. In addition to his parents, he was preceded in death by his brother, Joseph Swiney. Doug was a lifelong resident of the Bristol area. He was an avid fisherman, hunter and musician. He enjoyed participating and volunteering his time in the local Boy Scouts. He was a loving and devoted husband, stepfather, and served the public as a Registered Nurse for the majority of his life. He was also an active member of First Baptist Church in Blountville, TN. Doug is survived by his loving spouse of 22 years, Lisa Ann Stine; two brothers, Gary Stine and wife Dorry and Mark Stine and wife Jennifer; stepson, Joshua Randall Trent and wife Tasha; grandchildren, Ryan and Brinkley Trent; nephews, Jason Swiney, Justin Swiney, Dale Stine and Chris Stine; special sister-in-law, Diane Swiney. Due to the current health concerns and restrictions the family will be holding a private family memorial service at a later date. In lieu of flowers, the family is requesting that donations be made out to your local Boy Scout troop or a charitable foundation of your choice. Condolences for the family may be sent and viewed by visiting www.BlevinsCares.com. Mr. Stine and his family are in the care of Blevins Funeral & Cremation Services.(276) 669-6141.

The family of Charles Douglas Stine, Jr. created this Life Tributes page to make it easy to share your memories.