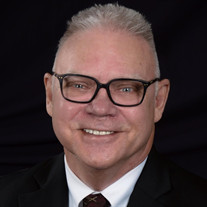 Clarence Kearfott "Alex" Harris passed peacefully into the loving arms of our heavenly father in the early morning hours of June 26, 2017. He was born in Ithaca, NY on August 16, 1944, a son of the late Homer (Tige) and Ruth Kearfott Harris. In addition to his parents, he was preceded in death by his brother, Joseph Hunter Harris. He was raised in Bristol, moved to Arizona as a teen, and graduated from Mingus Union High School in Jerome in 1963. He attended Arizona Western College in Yuma and Grand Canyon College in Phoenix. He returned to east Tennessee and graduated from the School of Radiologic Technology in Elizabethton, TN and was employed by the Allen Clinic in White Pine, TN as an x-ray technician. Since he didn't serve in the military for medical reasons, he was pleased to serve White Pine on City Council for two years. Also while in White Pine he was co-owner and soloist for Music Machine, a popular mobile sound and light show, for several years and did a number of guest appearances on the Smoky Mountain Hayride with Bonnie Lou & Buster in Pigeon Forge. He had a passion for sports, particularly track and field, and a passion for sharing his gifted voice when he had an opportunity. He loved to write and wrote several songs back in the 90's. It is such a blessing that he can once again run and sing to his heart's content. Clarence is survived by his beloved wife, Carolyn Pulliam Harris; two brothers, Charles Newton Harris and Frederic Martin Harris and wife Carole; one sister, Susie Harris Doughtery and husband Tom; a nephew, Thomas Arthur Dougherty, Jr.; and a sister-in-law, Sue Froseth and husband Bob. There will be no public service or visitation at this time. Thoughts and memories may be shared at 201 Trammell Rd., Bristol, TN. Memorials may be given to First Baptist Church, 1 Virginia St., Bristol, VA 24201 where he was a member and with which his family has a long history.

Clarence Kearfott "Alex" Harris passed peacefully into the loving arms of our heavenly father in the early morning hours of June 26, 2017. He was born in Ithaca, NY on August 16, 1944, a son of the late Homer (Tige) and Ruth Kearfott Harris.... View Obituary & Service Information

The family of Clarence Kearfott "Alex" Harris created this Life Tributes page to make it easy to share your memories.

Send flowers to the Harris family.