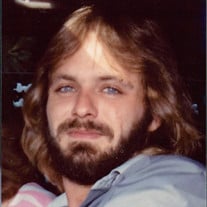 Daniel "Scott" Foster, age 55, of Bristol, Virginia is home at last, pain free and resting in the arms of his Lord Jesus Christ and basking in the warmth and fellowship of his heavenly family. He departed this life September 4, 2015 from Bristol Regional Medical Center with his devoted niece holding his hand and family by his side. Born March 25, 1960, he was the fifth child and youngest son of the late Edythe Nelle and Vernon O'Dell Foster of Bristol, TN. In addition to his parents, he was preceded in death by his son, Brandon Scott Foster; his sister, Carolyn Yvonne Smith; and his nephew, Chad Talbert. Daniel, known to many as Scott, graduated from Sullivan East High School with the class of 1978. He was an accomplished musician and awesome drummer who had played with several bands. He was an insightful and gifted brick mason specializing in blue prints and design. He worked with Foster Masonry until 1989 and later was co-owner of F & F Masonry. Many beautiful buildings and structures that grace our cities in Southwest Virginia and East Tennessee still stand as monuments to his skill and talent. He also had worked with the Strongwell Corporation as an equipment operator. Daniel was a quiet, thoughtful, easy going fellow with a compassionate heart who loved people and never met a stranger. He best expressed himself with hand written cards and letters that would rival those of a poet. He had a close relationship with his Lord Jesus Christ and always kept his Bible close by. Left to cherish his memory are his three beautiful daughters, Brittany Foster Stout of Nashville, TN and Natasha and Sydney Foster Orfield of Blountville, TN; two grandsons, Daniel Scott Foster of Panama City, FL and Sebastian Stout of Bristol, VA; two sisters, Donna Nelle Morrell of Johnson City, TN and Sandra Foster Talbert of Bristol, TN; one brother, Donald O'Dell Foster and wife Patricia of Bristol, TN; nieces, Sherry Miller, Tesha Baer, Rana Charlet and Savannah Grove; nephews, Erik Smith and Dustin Osborn; plus many great nieces and nephews; special friends, Tammy and Dean Kinder and Brant Biggs; and his faithful canine companion, Riley. Daniel wished to express his warm gratitude for the professional and compassionate care of the nursing staff on 4 West who made his last days as pleasant and comfortable as possible. Being the humble and caring man he was, he requested that if anyone desired to remember him to please do so by performing a random act of kindness. A Celebration of Life will be held Saturday, September 19, 2015 at 6:00 p.m. on top of South Holston Dam. A cordial welcome is extended to anyone who would like to attend for a time of reflection and sharing of memories.

Daniel "Scott" Foster, age 55, of Bristol, Virginia is home at last, pain free and resting in the arms of his Lord Jesus Christ and basking in the warmth and fellowship of his heavenly family. He departed this life September 4, 2015 from Bristol... View Obituary & Service Information

The family of Daniel Scott Foster created this Life Tributes page to make it easy to share your memories.

Daniel &quot;Scott&quot; Foster, age 55, of Bristol, Virginia is home at...

Send flowers to the Foster family.