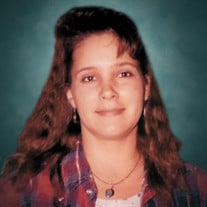 Dianne Kay Linkous Clawson, 57, of Bristol, TN passed away Monday, September 5, 2016 at Bristol Regional Medical Center, Bristol, TN. She was born in Richmond, VA on August 2, 1959 but lived the majority of her life in Bristol, VA. She was... View Obituary & Service Information

The family of Dianne Kay Linkous Clawson created this Life Tributes page to make it easy to share your memories.

Send flowers to the Clawson family.