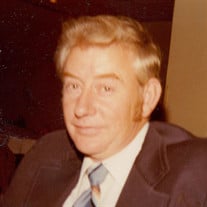 Doug Rogers, Sr., 73, of Bristol, Tennessee passed away Thursday, April 7, 2016 at Wellmont Hospice House. He was born in Bristol, TN on September 2, 1942, a son of the late Neal and Sophia Rogers. In addition to his parents, he was preceded in death by four brothers, Ralph Rogers, Homer Rogers, Bill Rogers, and Freddy Rogers and three sisters, Pansy Rogers, Patsy Leonard, and Opal Michaels. He was a proud veteran having served in the United States Navy. He was a retired truck driver surpassing one million miles and loved race cars. He was a loving husband, daddy, pappaw, and brother. Doug is survived by his loving wife of 49 years, Cathy Rogers; a daughter, Kim Rogers Austin and her husband Matt of Bristol, TN; two sons, Chuck D. Rogers, II, and Scottie W. Rogers and his wife Jammie all of Bristol, TN; daughter in law, Sara Schlichter; grandchildren, Brittany Fleenor and her husband Nick, Cayla Rogers, Susannah Rogers, Nick Austin, Dalton Rogers, Gage Rogers, and Layton Rogers; great-grandchildren, Lucas Fleenor and Mason Rogers; a brother, Claude Rogers, a sister, Phyllis Hartley and her husband Jerry; several nieces and nephews; and a special friend who was like a brother, Ken Cox. The family would like to express a special thank you to everyone for their prayers and all the love and care shown to Doug during his illness. The family will receive friends from 4:00 until 6:00 p.m. on Saturday, April 9, 2016 at Blevins Funeral & Cremation Services, 417 Lee St., Bristol, VA. The funeral service will follow at 6:00 p.m. in the funeral home chapel with Rev. Gary Rowlette officiating. The committal service and interment will be conducted at 3:00 p.m. on Sunday, April 10, 2016 at Eastern Heights Cemetery, 431 Old Jonesboro Road, Bristol, TN. Those who wish to attend the graveside service are asked to meet at the funeral home chapel on Sunday at 2:15 p.m. to go in procession to the cemetery.

Doug Rogers, Sr., 73, of Bristol, Tennessee passed away Thursday, April 7, 2016 at Wellmont Hospice House. He was born in Bristol, TN on September 2, 1942, a son of the late Neal and Sophia Rogers. In addition to his parents, he was preceded... View Obituary & Service Information

The family of Doug Rogers, Sr. created this Life Tributes page to make it easy to share your memories.

Send flowers to the Rogers family.