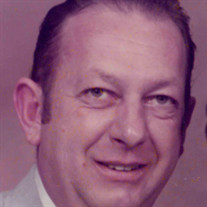 Douglas Allen Payne Douglas Allen Payne, 74, of Bristol, Tennessee passed away Friday, September 2, 2016 in the Bristol Regional Medical Center, Bristol, Tennessee following an extended illness. He was born in Bristol, VA on November 15, 1941, a son of the late Douglas C. and Violet Griffin Payne. He was a greeter with Sam's Club since they opened nine years ago, prior to being a greeter, Doug was a foreman for Scruggs in Knoxville, TN for over ten years, and worked for Bristol Supply and Equipment for over 35 years. Doug was a huge Nascar and Baseball fan. Doug is survived by his loving wife of 34 years, Thelma Brock Payne; three daughters, Violet Elliott, Mary Ruth Musselwhite, and Geneva Payne; step-daughter, Mary Beth Riffe and her husband Willard E. Riffe; step son, James Lawrence Brock and his wife Caroline Brock; five grandchildren; and four great-grandchildren. The family would like to express a special thank you to the doctors and nursing staff of 3W BRMC for all the love and care shown to Doug during his illness. The family will receive friends from 4:00 to 6:00 P.M., on Tuesday, September 6, 2016 at Blevins Funeral and Cremation Services, 417 Lee Street, Bristol, VA 24201. The inurnment service will be conducted at a later date privately in the Chapel Mausoleum in Mountain View Cemetery. In lieu of flowers, the family is requesting that donations be made to St. Jude Children's Research Hospital, 501 St. Jude Place, Memphis, TN 38105.

The family of Douglas Allen Payne created this Life Tributes page to make it easy to share your memories.

Send flowers to the Payne family.