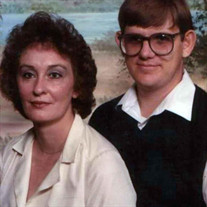 Gerald Michael Blevins, 65, of Blountville, TN passed away on Wednesday, February 24th , 2021 in the Bristol Regional Medical Center, Bristol, TN following an extended illness. He was born in Bristol, VA on April 28th, 1955, a son of the late Lynn Blevins and Peggy Sue Pippin Blevins. In addition to his parents, he was preceded in death by three brothers, Jeffrey Blevins, Tony Blevins, and David Blevins; two sisters, Sherri Reynolds and Victoria Cope; and two sons, Adam Wayne Blevins and Joseph Andrew Blevins. Gerald was loving husband, father, grandfather, brother and friend. Gerald served in the National Guard and the United States Navy during the Vietnam Era. During his tenure he had participated in the production of nuclear torpedoes and was also a Tank Commander. He was proficient in his targeting and marksmanship receiving several medals for this in the .45 caliber, larger artillery pieces and tanks. After his service, Gerald was a teacher conducting college courses in electricity here in the Tri Cities Area. Outside of work, Gerald enjoyed spending time with friends and family and especially his wife. He also enjoyed fishing and delving into the past as a history buff. Gerald is survived by his loving wife of Barbara Blevins, one brother, Dennis Blevins and wife Sandy of Bluff City, TN; one sister, Regina Miller and husband Mark of Pasadena, TX; one grandson, Merland O'Ryan Blevins; and several nieces and nephews. There are no services planned at this time. In lieu of flowers, the family is requesting that donations be made to the DAV Chapter #39, 630 Carden Hollow Road, Bristol, TN 37620; ph.#: (423)573-6924. Condolences for the family may be sent and viewed by visiting www.BlevinsCares.com. Mr. Blevins and his family are in the care of Blevins Funeral & Cremation Services, 417 Lee St., Bristol, VA 24201; ph.#: (276) 669-6141.

Gerald Michael Blevins, 65, of Blountville, TN passed away on Wednesday, February 24th , 2021 in the Bristol Regional Medical Center, Bristol, TN following an extended illness. He was born in Bristol, VA on April 28th, 1955, a son of the late... View Obituary & Service Information

The family of Gerald Michael Blevins created this Life Tributes page to make it easy to share your memories.

Gerald Michael Blevins, 65, of Blountville, TN passed away on...