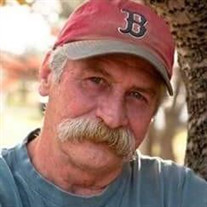 Gerald "Jerry" Phillips, 69, of Bristol, VA passed away on Sunday, September 11, 2016 at his home. He was born on September 28, 1946, a son of the late William Paul Phillips and Gertrude Holland Phillips. Jerry was born in Clinchco, VA but grew up in Framingham, MA. He graduated in 1966 from Framingham High School and worked for the town of Framingham until 1967. He served his country in the Army's 101st Airborne in Vietnam from 1967 until 1969 and received a Bronze Star. He joined the 12 step group TSDD on April 1, 1988 and remained sober until his death. One of his jobs was addiction counselor at St. Mark's School in Massachusetts. In 2001 he met his current wife. They moved to Bristol in 2002 to care for his ailing mother. That's where Jerry found his calling to work with struggling addicts at Watauga Recovery Center as a patient educator. His passion for recovery and music led him to create two television shows, "Recovery Today" and "Spotlight on Music", both on Heritage TV. Jerry was a talented singer and sang lead for the band "Blue Stone". The music he wrote can be found on www.Reverbnation.com/YankeeSouth. Jerry was a loyal, true friend to those that knew him well. His recovery program and music inspired others and he touched the lives of many. He will be sadly missed. Gerald is survived by his wife, Mary Sue "Pete" Rumbaugh; daughter, Nicole Cacella and granddaughter Mila of Acton, MA; brother, William Phillips, Jr., wife Cheryl and daughter Kayla of Framingham, MA; nephews, William Phillips, III, wife Lisa, step-son Antonio and step-daughter Sienna of Hopedale, MA, Robert Phillips, wife Lindsay and daughter Emerson of Framingham, MA; niece, Traci Ward and sons Charlie and Luke of Natick, MA; and step-daughter, Jessica Peters of Beaufort, SC. The family would like to express a special thank you to Dr. Vardhana, the nurses at Wellmont Cancer Institute, and Watauga Recovery Center. The family will receive friends from 4:00 until 7:00 p.m. on Thursday, September 15, 2016 at Blevins Funeral & Cremation Services, 417 Lee St., Bristol, VA. A Celebration of Life Service will follow at 7:00 p.m. with Lightnin' Charlie officiating. There will be a Celebration of Life Service in Framingham at a later date. In lieu of flowers, the family is requesting that donations be sent to Wellmont Cancer Institute, 349 Island Rd., Bristol, VA 24201.

Gerald "Jerry" Phillips, 69, of Bristol, VA passed away on Sunday, September 11, 2016 at his home. He was born on September 28, 1946, a son of the late William Paul Phillips and Gertrude Holland Phillips. Jerry was born in Clinchco, VA but... View Obituary & Service Information

The family of Gerald "Jerry" Phillips created this Life Tributes page to make it easy to share your memories.

Gerald &quot;Jerry&quot; Phillips, 69, of Bristol, VA passed away on Sunday,...