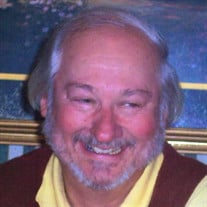 Glenn Matthew Cowan, 77, went to be with his Lord and Savior during the evening hours of Monday (August 16, 2021). Glenn was born on October 21, 1943 in Bristol, VA to the late Glenn Thomas & Mary Elizabeth (Watson) Cowan. Glenn was a member of Euclid Avenue Baptist Church. He graduated from Virginia High School in 1961. He attended college and entered the United States Air Force, serving as a Staff Sargent. One of duties while in the Philippines and Australia was working on the space program which tracked the splash down location of the astronauts. Glenn spent most of his tour in the Philippines, but was also in Saigon, Japan, and later was in Coco Bleach, FL. upon his discharge from the United States Air Force. Glenn later went back to college and graduated from East Tennessee State University with a Bachelor’s Degree. He was later hired by the United States Post Office where he held several positions until his retirement as their payroll clerk. Glenn was an avid golfer. He loved the game and enjoyed playing with his team of golfing buddies. He enjoyed their annual golfing trips to Myrtle Beach. When Glenn was not at work you would find him on the golf course swinging his club. In addition to his parents Glenn was preceded in death by sister, Carolyn Janet Keith & husband Bill; and nieces, Sherry Cox, Beth Cowan, and Kathy Osborne. Left to cherish his memory are his brother, Norman Cowan & wife Shirley ; sister, Becky Hammer; niece, Tracy Trigg & husband Sam; nephew, Carter Trigg; nieces, Elizabeth Grace “Lil Princess” Trigg, Hannah Cox, Aleshia Murray & husband Matt, Christy Napier & husband Terry, Rebekah; and a host of friends. The family will receive friends on Sunday (August 22, 2021) from noon to 1:30 p.m. at Blevins Funeral Home and Cremation Services. Glenn will be laid to rest on Sunday (August 22, 2021) at 2 p.m. at Glenwood Cemetery at 2 p.m. with Pastor R.J. Branson officiating. Family and friends will serve as pallbearers. Military rites will be provided by DAV/ Veterans Honor Guard. Online condolences may be made to the Cowan family at www.blevinscares.com. Blevins Funeral Home and Cremation Services has the honor of serving the Cowan family.

Glenn Matthew Cowan, 77, went to be with his Lord and Savior during the evening hours of Monday (August 16, 2021). Glenn was born on October 21, 1943 in Bristol, VA to the late Glenn Thomas & Mary Elizabeth (Watson) Cowan. Glenn was a member... View Obituary & Service Information

The family of Glenn Matthew Cowan created this Life Tributes page to make it easy to share your memories.

Glenn Matthew Cowan, 77, went to be with his Lord and Savior...

Send flowers to the Cowan family.