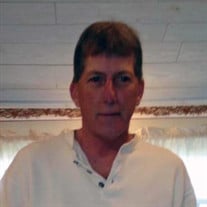 Gordon "Steve" Steven Roe, 62, of Bristol, VA passed away on Monday, May 10th, 2021 in the Bristol Regional Medical Center, Bristol, TN following an extended illness. He was born in Bristol, VA on March 31st, 1959, a son of the late Gordon Lewis Roe and Margaret Roe Kaylor Reed. In addition to his parents, he was preceded in death by his wife, Vickie Jane Vickers; and one brother, Lewis D. Roe. Steve was loving and devoted husband, father, partner, brother, grandfather, uncle, cousin and friend. He was of the Christian faith and had previously attended Highlands Fellowship and Norfolk Baptist Church. For most of his career, Steve was the owner of Roe's Body Shop Bristol, TN for 25+ years. He had also served as the maintenance supervisor for Landmark Realty for 5 years. Steve was an avid bass fisherman enjoying the lakes of Northeastern TN and Southwest VA. He also enjoyed spending time on South Holston Lake and Cherokee Lake fishing, camping and biking. Steve was also known for his skill in shooting pool and was commonly referred to as the "pool shark" by all of his friends and family. Steve is survived by his one daughter, Brittany Marie Roe-Carter and husband Chris of Abingdon, VA; one son, Skylar Blaine Roe of Bristol, VA; his longtime partner, Candy Lynn Price of Bristol, VA; one grandson, Braylon Spurgeon; one granddaughter, Ella Carter; one sister, Arnita Roe Brewer of Bristol, VA; one sister-in-law, Iona Kay Roe of Bristol, VA; one step-son, Brandon M. Vieirs of Bristol, VA and several nieces, nephews, cousins and friends. A Celebration of Life service is planned and will be announced at a later date. In lieu of flowers, the family is requesting that donations be made to Blevins Funeral & Cremation Services to help cover the cost of funeral expenses. Condolences for the family may be sent and viewed by visiting www.BlevinsCares.com. Mr. Roe and his family are in the care of Blevins Funeral & Cremation Services, 417 Lee St., Bristol, VA 24201; ph.#: (276) 669-6141.

Gordon "Steve" Steven Roe, 62, of Bristol, VA passed away on Monday, May 10th, 2021 in the Bristol Regional Medical Center, Bristol, TN following an extended illness. He was born in Bristol, VA on March 31st, 1959, a son of the late Gordon Lewis... View Obituary & Service Information

The family of Gordon Steven Roe created this Life Tributes page to make it easy to share your memories.

Send flowers to the Roe family.