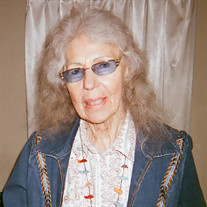 Jane Chasteen, 82, of Bristol, Tenn. passed on to be with the Lord on Monday, October 5, 2015 at Bristol Regional Medical Center of dementia. She was born in Johnson City, Tenn. on August 25, 1933, a daughter of the late Matthew and Chiquita Cox. In addition to her parents, she was preceded in death by a brother, Matthew Cox, Jr. and a granddaughter, Erin Dube. As a youth, Jane was an adventurer, enjoying life wherever she was. She was a graduate of Tennessee High School in 1951. Jane married Samuel MacKenzie in 1952 and they had three children while living in Bristol. They lived in Bristol until 1958 when they moved to accommodate Sam's employment. They settled in Claremont, N.H. in 1960 and had their last child. Jane focused on mothering, her children's education, her health and fitness, social relationships and entertaining. The family moved to Terre Haute, Ind., again, to follow Sam's employment, where Jane began working outside the home. Jane and Sam were divorced in 1973 and Jane moved to Indianapolis, Ind. She was married to Clyde Chasteen in 1974 and lived in Indianapolis until 1982. Jane and Clyde restored a brownstone home in the Lockerbie Square historic district in Indianapolis. They moved to Altamont Springs, Fla. and then to Tarpon Springs, Fla. Clyde and Jane were divorced in 1994 and Jane moved to Bristol living with her mother until Chiquita moved into a longterm care facility. Jane had been a member of the Volunteer Chapter of the N.S.D.A.R. and enjoyed working on genealogy with James' daughter, Tracy Liverman. She was also a member of First Families of Tennessee and of First Families of Franklin. She met Paul Woolley, better known as Kicking Eagle, in 2007 and they have been inseparable since then. Though Jane developed dementia in the last few years of her life, Eagle continued to care for her day and night. For her spirit of independence and love of life, we celebrate Jane's life. Jane is survived by her children, Rebecca MacKenzie (James Contois) of Claremont, N.H., Deborah MacKenzie of Franklin, Ind., David MacKenzie (Nancy) of Anderson, S.C. and Catherine MacKenzie of Coburn, Pa.; six grandchildren, Jaime Contois of Putney, Vt., Mathias Contois of Aumsville, Ore., Jake Dube of Westmoreland, N.H., Kelsey Perkins of Paia, Maui, Brandon MacKenzie of Hanover, Mass., and Ian MacKenzie of Burlington, Vt.; two brothers, John Cox and James Cox both of Bristol, Tenn.; and many loved nieces and nephews. The family will receive friends from 5 to 7:00 p.m. on Wednesday, October 7, 2015 at Blevins Funeral & Cremation Services, 417 Lee St., Bristol, Va. The funeral service will follow at 7:00 p.m. in the funeral home chapel. The committal service and interment will be conducted at 11:00 a.m. on Thursday, October 8, 2015 at Glenwood Cemetery, Bristol, Tenn. Everyone is asked to meet at the cemetery at 10:45 a.m.

Jane Chasteen, 82, of Bristol, Tenn. passed on to be with the Lord on Monday, October 5, 2015 at Bristol Regional Medical Center of dementia. She was born in Johnson City, Tenn. on August 25, 1933, a daughter of the late Matthew and Chiquita... View Obituary & Service Information

The family of Jane C. Chasteen created this Life Tributes page to make it easy to share your memories.

Send flowers to the Chasteen family.