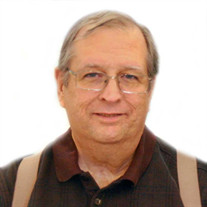 Pastor Daniel John Foreman, 63, of Bristol, VA, went to be with his Lord and Savior while surrounded by his family and friends on Tuesday, November 17, 2015, at his residence. He was born on August 11, 1952, a son of the late Albert and Reba Foreman. He was born in Baltimore, MD and came to Bristol in 1974 where he attended Graham Bible College and graduated in 1978. He later went to Reformed Presbyterian Theological Seminary in Pittsburgh, PA and graduated in May 1981. He was ordained in February 1981 at R.P.C.E.S. in Pittsburgh, PA. He served as an associate pastor at St. John's Burry's Church in Zelienople, PA and in 1986 he became the pastor of Sandlick Presbyterian Church in Birchleaf, VA. On August 1, 1994 he became pastor of King Memorial Presbyterian Church until his retirement in July 2014. He was very involved with the administration and taught at Graham Bible College since 1991. He was the Stated Clerk of Westminster Presbytery for many years. He was an avid bowler along with his sons in Lucky Strikes and his grandchildren were the joy of his life. Daniel is survived by his wife of 39 years, Robin Ann Foreman; four children, Paul Daniel Foreman, Charise Nadine Battel and husband Philip, Joshua Daniel Foreman and wife Jennifer, and Jeremiah Daniel Foreman and wife Elena all of Bristol, VA; seven grandchildren, Caleb Daniel Foreman, Ethan Bernard Foreman, Carla Ann Battel, Andrew John Battel, Jonathan Daniel Foreman, Jayson Daniel Foreman, and Ava Noelle Foreman; and one brother, Jeffrey Foreman and wife Theresa of Kissimmee, FL. The family will receive friends from 6:00 until 8:00 p.m. Friday, November 20, 2015 at Blevins Funeral & Cremation Services, 417 Lee St., Bristol, VA. The funeral service will be conducted at 11:00 a.m. Saturday, November 21, 2015, in the Blevins Funeral Home chapel with Pastor Thomas Sullivan, Jr. officiating. The committal service and entombment will be conducted at 1:30 pm, Saturday, November 21, 2015 in Temple Hill Memorial Park in the Chapel of Love Mausoleum, 2529 Memorial Dr. Castlewood, VA 24224. Pallbearers will be Paul Foreman, Jeremiah Foreman, Joshua Foreman, Derick Kestner, Philip Battel, and John Ross. Honorary Pallbearers will be all ministers from Westminster Presbytery and all of his bowling buddies from Interstate Bowl. In lieu of flowers, the family is requesting that donations be made to Graham Bible College, P.O. Box 1630, Bristol, VA 24203.

Pastor Daniel John Foreman, 63, of Bristol, VA, went to be with his Lord and Savior while surrounded by his family and friends on Tuesday, November 17, 2015, at his residence. He was born on August 11, 1952, a son of the late Albert and Reba... View Obituary & Service Information

The family of Pastor Daniel John Foreman created this Life Tributes page to make it easy to share your memories.

Send flowers to the Foreman family.