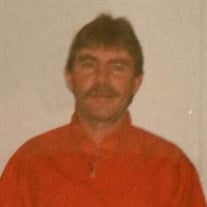 Robert "Benny" Fleenor, 55, of Bristol, Tennessee passed away Friday, July 31, 2015 in Bristol Regional Medical Center, Bristol, TN. He was born in Bristol, VA on June 21, 1960, a son of the late William Robert and Mamie Pearl Davis Fleenor. In addition to his parents, he was preceded in death by one sister, Vicky Ball. He was a resident of Bristol for most of his life. He was an avid pool player. He was a loving brother, uncle and friend. He is survived by one sister, Doris Shelton of Bristol, VA; one brother, Michael Joseph Fleenor of Concord, NH; two nieces, Tammy Balliet and Angie Davenport; three nephews, David Fleenor, Allen Davenport, and Tony Davenport; two special friends, Ronnie Edwards and Ricky Nelson; and numerous nieces and nephews. The family will receive friends from 5:00 pm until 7:00 pm Wednesday, August 5, 2015 at Blevins Funeral & Cremation Services. The Celebration of Life Service will be conducted at 7:00 pm Wednesday, August 5, 2015, at Blevins Funeral & Cremation Services.

The family of Robert "Benny" Fleenor created this Life Tributes page to make it easy to share your memories.

Send flowers to the Fleenor family.