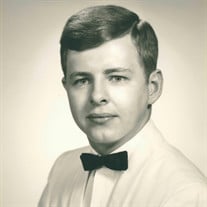 Samuel Taylor Copenhaver, III (S.T.), age 71, died at his home on Friday, November 20, 2015 after several years of confinement. Born December 4, 1943 in Bristol, Virginia, he was the son of the late S.T. Copenhaver, Jr. and Mary Elizabeth (Legg) Copenhaver. His grandfather, S.T. Copenhaver, Sr., who built many landmarks in the area to include The Bristol Country Museum and the Bluff City Court House, nicknamed him "The Little General". Educated in the Bristol Virginia School System, S.T. was a graduate of King University and attended UT Law School. While in Charlotte, NC he was in banking and insurance but later enjoyed a career in sales. He became top salesman for Yardley of London and Max Factor while living in Atlanta, GA and later joined with the Quaker Oats Company in Bristol before being promoted to Chicago, Illinois to serve as General Sales Manager of the Southeastern United States. S.T. was an avid UT and Atlanta Braves fan and enjoyed watching games with his faithful caregivers, Sheila and Rick Cruey. A favorite of his was music from the 50's and 60's. S.T. had a remarkable memory and impressive vocabulary and loved giving nicknames to his friends. Survivors include his devoted sister, Senah Elizabeth Copenhaver of Bristol, VA; several cousins, four of whom were special friends; David Legg, George (Buddy) Legg, Bob Bryson (now deceased) and Archie Hubbard; and a friend of long standing, Jerry McHenry. A very special thanks and tribute goes to Pastor Jeff Carico for his friendship calls and many visits during S.T.'s confinement, to his devoted caregivers, Sheila and Rick, and for the fondest of memories of Granny Legg. Funeral services will be held Monday, November 30, 2015 at Blevins Funeral & Cremation Services, 417 Lee St., Bristol, VA with Pastor Jeff Carico officiating. Visitation will begin at 4:00 p.m. with the service to follow at 5:00 p.m. Burial will be held 11:00a.m. on Tuesday, Dec. 1, 2015 at Mountain View Cemetery. In lieu of flowers, memorials may be made to First Assembly of God Church, 1400 Lee Highway, Bristol, VA 24201.

The family of Samuel Taylor Copenhaver III "S.T." created this Life Tributes page to make it easy to share your memories.

Send flowers to the Copenhaver family.