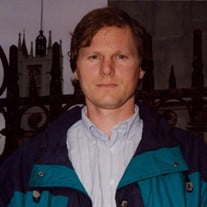 Thomas Mark Helton, 63, passed away peacefully at the Bristol Regional Medical Center September 26, 2020. He was born on March 15, 1957, in Johnson City, TN, a son of the late ex-police chief Tom Helton and Margaret Kyker Helton. He was also preceded in death by his grandparents Gideon and Kate Anderson Helton and Dr. Charles and Minnie Irwin Kyker. Mark is survived by his wife of 30 years Elizabeth Johnson Helton, his brother Anthony Keith Helton, and a sister Mary Elizabeth (Beth) Helton. He is also survived by a cousin Dr. Stephen Hunt and his wife Edeltraut Gilgan-Hunt on the Kyker side: and numerous cousins on the Helton side, living in the outskirts of Chicago, IL, Carson City, NV, and the Silicon Valley area of California. Mark was a graduate of Science Hill High School and Middle Tennessee State University. He spent over 30 years in broadcasting. During this time, he became the sole producer of Project Family and Town Meeting for WCYB in Bristol, VA. For these shows, he created feature stories that focused on local artists and the good works of educational and religious groups. He did all of his own photography, interviewing, voice work, writing, and editing for each story. In 1992, he accompanied a delegation to Russia to deliver much needed medical supplies to various hospitals, which he recorded for a WCYB television special. Mark was an avid tennis player, who won several tournaments at the local and state levels. Never satisfied with his game, even near the end of his life, he was still learning new things about tennis. In addition to tennis, he pursued the study of genealogy and with the help of various resources, he was able to trace his ancestry on both the Helton and Kyker sides back to the late 1700's. Mark had tremendous love for animals. He took in 4 homeless cats and 2 dogs, who are now all older and still leading healthy, happy lives. He lived his life through them and the many chipmunks, birds, and squirrels he fed every day. No public memorial service is planned at this time. Instead of flowers, the family requests any memorials be made in honor of Mark to St. Mary's Catholic Church, 2211 East Lakeview Drive, Johnson City, TN 37601 to help those in need or The Humane Society of Washington County, TN, 2101 W. Walnut St., Johnson City, TN 37604 to care for homeless animals. Condolences for the family may be sent and viewed by visiting www.BlevinsCares.com. Mr. Helton and his family are in the care of Blevins Funeral & Cremation Services. (276) 669-6141.

Thomas Mark Helton, 63, passed away peacefully at the Bristol Regional Medical Center September 26, 2020. He was born on March 15, 1957, in Johnson City, TN, a son of the late ex-police chief Tom Helton and Margaret Kyker Helton. He was also... View Obituary & Service Information

The family of Thomas Mark Helton created this Life Tributes page to make it easy to share your memories.

Thomas Mark Helton, 63, passed away peacefully at the Bristol...

Send flowers to the Helton family.