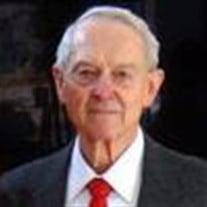 Wayne Allen Sheffey, 85, of Bristol, Virginia, passed away on December 17, 2018, at the Bristol Regional Medical Center, after a very brief illness. A lifelong resident of Bristol, Virginia, Wayne was born in the Robert Preston House on Lee Highway, recently listed on the Virginia Landmarks Register of Historic Places. Wayne graduated from Wallace High School and after working for several years, enlisted in the U.S. Air Force, from which he was honorably discharged after serving as a Staff Sergeant during the Korean Conflict. Wayne was a loyal patriot who loved his country and proudly displayed the American flag. He worked for nearly four decades for Sperry Univac and Raytheon Bristol in production manufacturing, before retiring. Wayne had special respect for his many Sperry and Raytheon co-workers, considering them beloved brothers and sisters. Wayne has always been interested and active in a variety of sports. He helped start up the Bristol Little League and was the first manager of the United Commercial Travelers (UCT). After returning to Bristol from military service, he served as league umpire with the Little League, Pony League, and Colt League for several years. At Sperry Univac, he organized intraplant softball and basketball leagues. The Sperry Company softball team won two Virginia State championships. Except during his military service, he was an active member of the Bristol YMCA from the age of 12 until his death. There, he made friends of all ages and especially thanks the many friends he made since his retirement. Wayne was a lifelong member of the First Presbyterian Church of Bristol, Tennessee. In the early years, he was proud to serve as Sunday School Class President, Men of the Church President and on the Elder and Deacon Boards. Wayne is survived by his only daughter, Dr. Rita Arlene Sheffey of Sandy Springs, Georgia; Rita’s partner Dr. Thomas C. Rounds; Rita’s mother Jane Latture Sheffey of Bristol, Virginia; special friends Norma and Melissa Garrett of Piney Flats, Tennessee; a special aunt Elizabeth “Lib” Carty of Hampton, Virginia; and a niece, Sarah P. Van Steenis of Arden, North Carolina. He was preceded in death by his parents, Charma Stewart Sheffey and Albert Fairman Sheffey, and a brother Darrell Gene Sheffey. The family will receive friends from 12 Noon to 1:00 PM Thursday, December 20, 2018 at Blevins Funeral and Cremation Services, Bristol, VA. A graveside service will follow at 2:00 PM at the Mountain View Cemetery, 1019 E. Valley Drive, Bristol, Virginia 24201 with the Rev. Sam Weddington, Pastor, First Presbyterian Church of Bristol, presiding. In lieu of flowers, donations may be made to the Jimmy V Foundation for Cancer Research, at www.jimmyv.org or by mail to The V Foundation for Cancer Research, 14600 Weston Parkway, Cary, NC 27513; the Billy Graham Evangelistic Association, www.billygraham.org , or by mail to 1 Billy Graham Parkway, Charlotte, NC 28201; or to a charity of your choice.

The family of Wayne Allen Sheffey created this Life Tributes page to make it easy to share your memories.

Wayne Allen Sheffey, 85, of Bristol, Virginia, passed away on...

Send flowers to the Sheffey family.